Music at the farm

HomeMusic at the farm

The masseria as a place of worship

… thus recites a stanza of a Salentine song

You can breathe the melodies, you can feel them walking in the olive grove, listen to them live in many summer evenings outdoors or near the fireplace in winter. It’s easy to get involved in a dance or chorus after a dinner or a good glass of negro-maro wine.

The suggestive scenario is always the Salento land. It is sung acoustically in a Greek theater and in the farmyard. The Avantaggiato family, custodian of the Salento tradition, offers the opportunity to all fans and interested people to share this very particular experience. The musicians and singers of Salento present the rediscovery of the roots and the desire to save the musical heritage of their motherland. The Gricanti Festival continues every year its journey between past and present, between tradition and innovation, a progressive “contamination” between the seasons of life and between instrumental experiments in direct contact with the artists.
The tasting of the products grown in the farm and a good local wine help to spend the evening in a pleasant way (for a fee, non-compulsory consumption).

With the sale of two CDs and a DVD documenting the festival, every year the Gricanti Festival sets solidarity as a social objective and gives a charitable contribution, as in the year 2019, to the association ONLUS Heart and Open Hands. A voluntary contribution is appreciated. 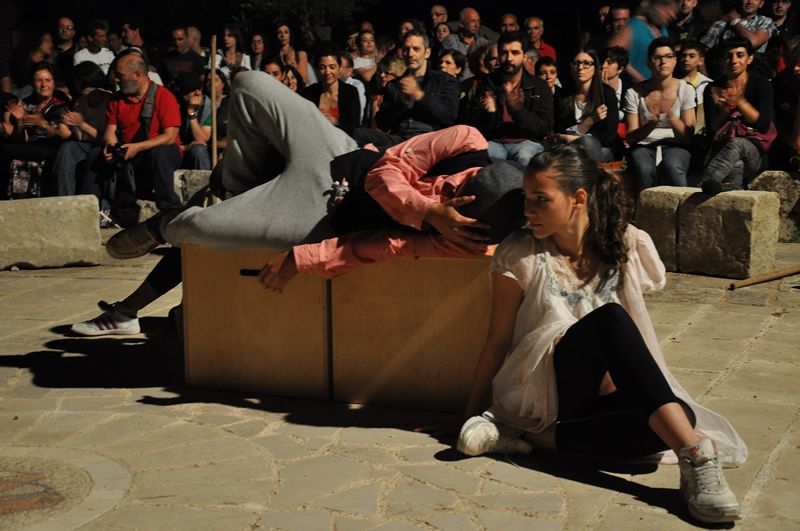 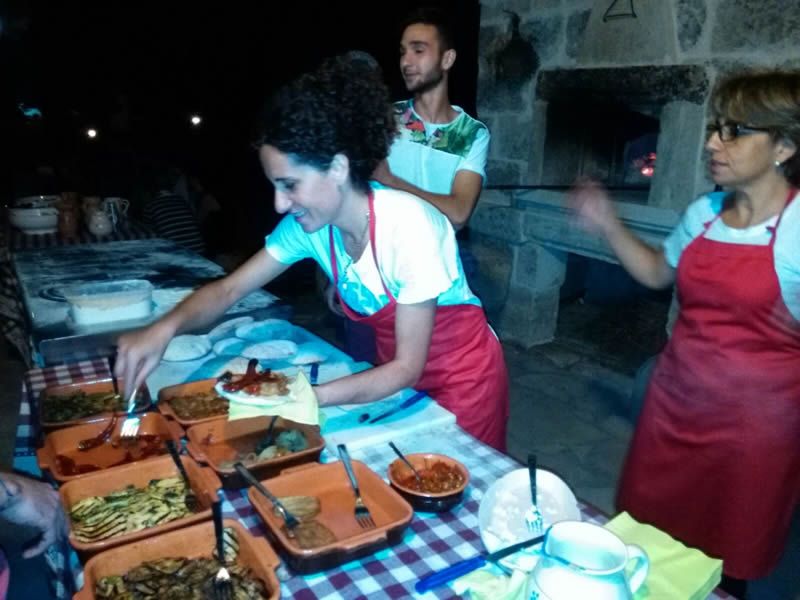 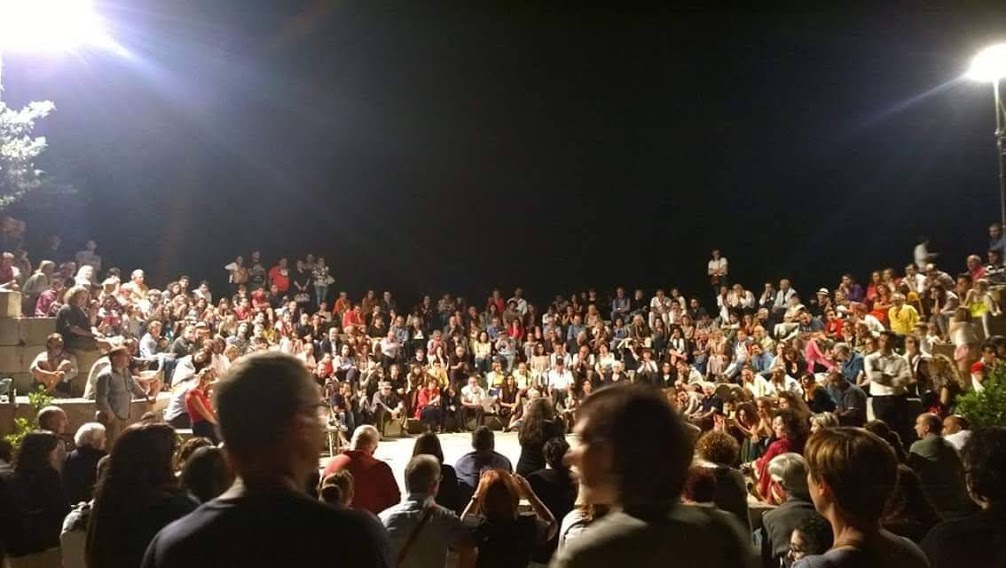 Giovanni Avantaggiato and the musical family

Giovanni Avantaggiato, the protagonist with his accordion, is an emblematic figure that the Salentine tradition boasts among its most active custodians: over 95-year old musician, born and raised in Corigliano d’Otranto, today represents a keeper of archaic knowledge, which in his music come to light. The voice and its inseparable accordion, the main ingredients for the Salentine sound. It is possible to listen to the wonderful polyphonies, also called “parauce” songs, ballads and songs of disdain.

In the last twenty years, after a long experience dating back to the ’35s with other singers, Giovanni has dragged the whole family into the world of music, even involving the generation of grandchildren, as a true witness, in perfect attunement with the traditional ways of transmission, in which the young person learns, orally, from the older one.

His activity of spreading the traditional music of Salento has touched various geographic places, landing up to France, Greece, Switzerland, as well as in many Italian locations. He has participated several times in the maxi-event La Notte della Taranta. 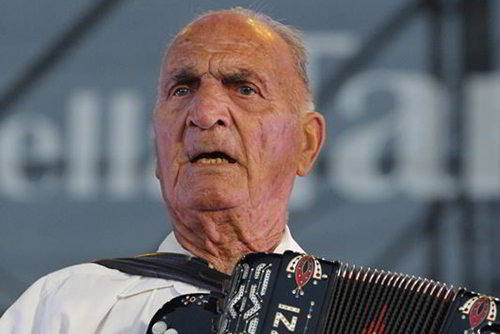 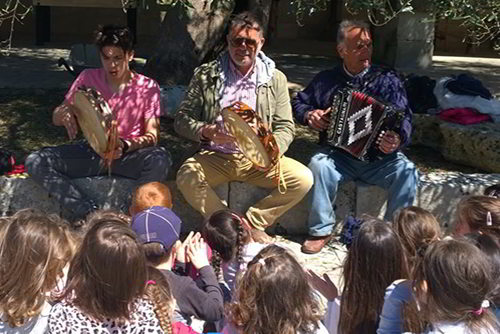 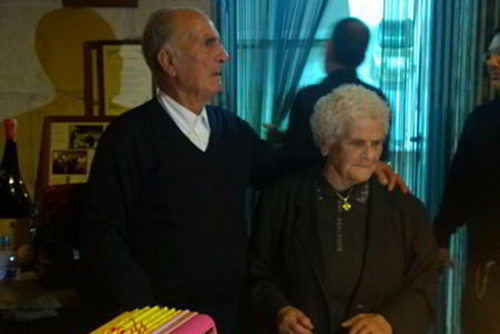 Among the most interesting registrations by Giovanni Avantaggiato, “Buonasera a quista casa” with Ucci; “Lassatila Ballare” with the Sons of Rocco; “Moli ti passiuna” single from 2006. Giovanni is a character at the farm. Here you will find him during the day with his flock of goats – he is always ready to tell some anecdotes, to explain the popular traditions, to tell you about the world of “fatigue” and love escapes. It may happen that you will hear him sing a serenade of love and indignation, reviving past emotions.
ROCCO, tambourin-player and promoter of popular Salento music and the Greek language. As an ambassador of the Greek language he accompanies his father and often other musical groups. Nothing brings him up like the rhythm of the pizzica and the musical evenings with friends. He has a passion for popular culture, has the good fortune to still have parents witnesses of the beginning of the past century, able to make present the customs and customs of the past. Rocco is committed to making “his world” known to everyone, to school children, sometimes enchanted vacationers and foreign tourists, scholars who come to enrich their knowledge. Seize or create opportunities to make them participate in moments of great conviviality involving both musicians and music scientists. He is the creator of the Grikanti Festival, the animated conductor of other events as well as of Salento dinners
ANGELA, accompanies her husband Giovanni not only with her sunny presence, but sometimes also with her singing. When she decides to go on stage next to her husband, together they manage to create an atmosphere that refers to times gone by, of which we can only read about.
LENNY, Giovanni’s nephew and Ulla’s and and Rocco’s son, tambourine-player from birth and dancer, student of the Fontys Dance Academy in the Netherlands, artist of urban dances, in particular Hip Hop and Krump, is associated on various occasions with musical events in the farm by playing or dancing. He, too, is planning events to be held here at the farm.
GIULIO, grandson of Giovanni, Lenny’s brother, tambourine-player from birth and guitarist. He is part of the musical group of the Liceo S. Trinchese di Martano. He follows the dynamics around the events and contributes when it comes to cheering up the musical evenings in the farm.
ULLA, singer for private use and for emergencies. Can read the notes. For thirty years she has been repeating the same basic guitar lessons with the clear objective of being able to accompany herself decently. Appreciates guitarist guests with a wide repertoire of American folk music for evenings with music other than pizzica. 😊